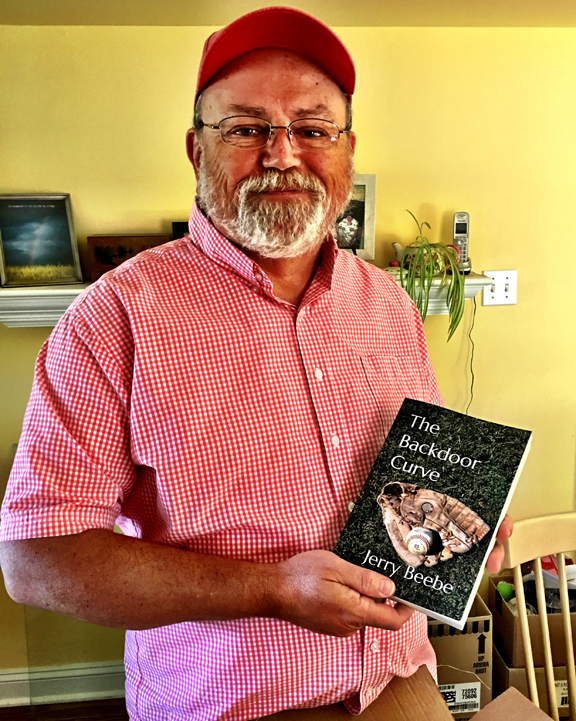 Since I was a kid (so many years ago) there were two things I always dreamed of doing. One was radio. Listening to Harry Kalas call the Phillies games on my transistor radio was simply magic. I was lucky beyond my wildest dreams to be able to make radio my life. And it’s still magic. My other dream was to be a writer. But, I never had the time to make that happen.

After my medical issues last year, embracing my mortality I began to finally realize that every day I get on this earth is a gift, and I need to make every second count. I decided to try to write a novel. And I’m so proud to say that I actually did it! 83,000 words, 350 pages. A big step. It’s available on Amazon (CLICK HERE TO CHECK IT OUT) . A nice story, a good summer beach read. It was fun to write. I hope you like it.

We all have just so much time to make it happen. I hope you will take the action to make your dreams come true too

Shortly after my last blog post (October 2016) i found myself getting weaker and more tired. My chest would hurt and I had zero energy. I decided to see a cardiologist. What he found was all three major arteries were over 90% blocked, with one of them completely 100% blocked. I was rushed to the operating room where I had quad bypass surgery.

So, if you’re keeping score…in 2016 I had colon cancer surgery, chemo and radiation from January through June. and then a heart bypass in November. The good news is I’m feeling better than I have in years. My new year’s resolution for 2017 – stay out of the damn hospital!

2010 was a strange year for me. In the spring of that year, the management team that had put Dave Pratt and me back on mornings was fired in an internal shakeup. The new GM promised that if the ratings were good, he would take care of us, with raises, bonuses, cake and ice cream. Dave and I busted hump and when the numbers came out that summer, we scored our highest morning show rating ever (still the highest daypart number ever for the station.) So, we went back to the GM and got ready for the big payoff.

At the time, I thought my world and my career was over. A real LOW point for me. While I was on the beach, the idea came to me to pitch the oldies station across town about doing mornings and selling. They were a small mom and pop operation, and they needed a strong local sales guy, as well as a local morning show to take them to the next level. I must have done well in the interview, because they hired me on the spot.

Fast forward six years later, and I couldn’t be happier. A great station, super co-workers and ultimately the job that I always wanted. Station Manager. All positives, which came from what I thought would be the absolute end for me. Taught me a real lesson in believing in yourself and not going gently into that good night.

Karma is a wonderful thing! 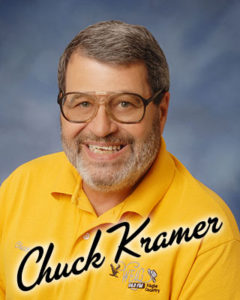 Twenty-five years ago this month, on a foggy humid morning just after daybreak I was driving a rented moving truck down I-95 across the border into Florida. In the truck were all the earthly possessions of a guy who was not only my former boss, but had also become a dear friend.

Chuck Kramer, my former morning show partner and the best man at my wedding a couple of years prior had taken a chance on what could be a tremendous career opportunity. Taking over management of a small AM-FM combo, WEAG, in north central Florida. He was upending his life and pulling up his family’s South Jersey roots to take what could be his last big opportunity in the crazy world we call radio.

As we crossed the Florida line, I heard a POW, and the truck began to swerve. It was all I could do to keep it on the road. I managed to swing the big truck into the “Florida Welcome Center” where by the way they used to offer complementary orange juice to weary travelers. It was as I suspected. A blown front tire.

Chuck called the local road service number for a mechanic. We were only a couple of hours from our destination, and the radio station owner was expecting us around 11am. Being from the northeast, this shouldn’t have been an issue. Tow truck comes out and flips the tire, and we’re on our way. The mechanic answered the phone in a pronounced southern drawl that was difficult for us from New Jersey to follow. He told us that he needed to put on some pants, and he would be out around noon.

Chuck hired me in February 1985 to do news and co-host his morning show on 98.3 WDVR (We DeliVer Radio). I was only a year back from a post college stint as a show announcer at the Miami Seaquarium and wasn’t having much luck getting a job in local radio. Truth is, I had taken a quickie vacation back to Miami a few weeks prior and was seriously considering going south again when I got the word that this new radio station was looking for people. Chuck and I hit it off, and I was in the door.

Chuck grew up in the Chelsea section of Atlantic City. Legend has it that he operated a pirate radio station out of his closet before he was a teenager. In high school, he earned extra money from classmates with his already rich baritone voice by calling the attendance office and pretending to be a father granting permission for their child to skip school. This important proving ground prepared him as he began working at area commercial radio stations, and finally realizing his dream of starting his own station.

But, things change. Chuck’s partners didn’t share his love of radio and WDVR was sold a few years later to outside investors. It just wasn’t the same for Chuck after that. He left the station and bounced around a few years before getting a call out of the blue from an old radio engineer friend. He had bought this AM-FM combo in Starke, Florida and wanted Chuck to come down and run it for him. It was a big decision, leaving South Jersey. But. Chuck saw the real opportunity to shape a small market media outlet into a real voice of the community, the kind of radio he loved best. So, he took the chance.

Fast forward twenty-five years. The station under Chuck’s leadership has become a model for local small town radio. Involved in the community, financially supported by the community, and loved by the community. Starke, Florida is now his home. His wife works the station office and his daughter is the midday show host. Chuck did exactly what we hoped he would do. In a world of electronic interaction with global issues, where small town relationships seem to have been forgetten, Chuck’s station shows the power of local radio and the relationships that develop between broadcasters and their clients and listeners. And this benefits us all.

Congratulations old friend. Here’s to another twenty-five years! And in the words of the man himself…

Welcome to the Jerry Beebe Blog!

WELCOME TO THE JERRY BEEBE BLOG!

Now that you are officially welcomed, let me say thanks for reaching out and checking in on me. I get a lot of calls every day during my radio show, but I cannot answer them all. So, I was given the bright idea by my son Ryan to do a blog so that you can find out what’s happening.

It’s been a year to remember. My cancer is officially in remission. I’m still dealing with some neuropathy and nerve issues. And of course, the whole psychological thing. It’s a work in progress. But, I am very humbled and gratified by the overwhelming love and support that all of you have given me over the past year. Your stories and encouragement have kept me going, and have renewed my faith in humanity. Thank you!

Last year, before my cancer treatments I had completed a long term goal of mine – to write a novel. I’m finishing up with the final polish, and expect to release it before the end of the year.

Wibbage FM 94.3 had another great year, setting another sales record and attracting a lot of new listeners. It’s the best job in the world, and I’m lucky to be a part of this great station.

Once again, THANK YOU! And now, on with the show…